In the full sense - it’s the expedition tour! The route of travel is compiled so as to give the most complete picture of the nature and culture of Altai. Known all over the world Teletskoye Lake - the pearl of Altai, a giant reservoir with the purest water, rocky banks covered with dense taiga, store many secrets; amazing in beauty and scale canyon of the river Chulyshman, in some areas the difference in altitude is more than 700 meters! The first part of the route is a smooth dip and acquaintance with the region, the second part is a real adventure on the legendary river. The rafting on Katun lasts for several days - it's an unforgettable experience, filled with extreme. All day you will be on the water, and spend the night on the beach. The program of this trip includes everything. You need to take with you only the desire to travel and a good mood.
EXPEDITION OBJECTIVES
DURATION: 8 days / 7 nights
1250 per person
Members in a group:
min  4 max  6
E-mail ask your questions 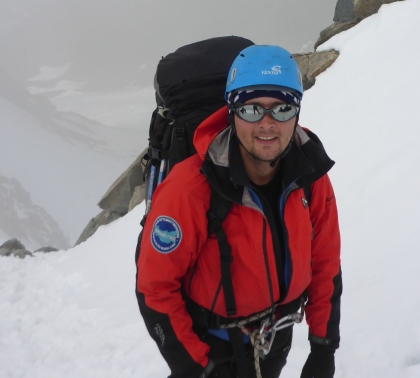 Travel through Altai for a week and visit almost everywhere?! The task is not easy, but it is quite possible. In a team with professional guides and for seven days you can see a lot. The route of the expedition tour passes through the most beautiful and significant areas of Altai: the Teletskoye Lake, the Canyon of the Chulyshman River, the panorama of the Severo-Chuyskiy Range and the fascinating rafting on the cult river of Altai — Katun. The format of the organization and the team of guides working on the route is traditionally for the Altai-guide club at the highest level.

Day 1:Meeting at the airport of Gorno-Altaisk. Today we have to drive about 200 km along the picturesque road to the northern coast of the Teletskoye Lake. On the shore of the lake a comfortable boat is ready for the participants. To the southern tip of the lake - 80 km, rocky coasts are covered with a century taiga: cedar and fir create a very dense stand, many areas are practically impassable. In the south - Cape Kyrsay - a short rest, lunch. Participants reload expeditionary equipment into off-road vehicles, today it is necessary to climb along a dirt road about 50 km up the Chulyshman River. The road is very picturesque. Overnight in tents on the bank of the Chulyshman River;

Day 2: Breakfast. Trekking to the Chulcha River valley, to the cascading waterfall - Uchar. The path to the waterfall is not easy: it winds through the forest, often passes along steep rocky slopes and dense bushes, the total length of trekking is 16 km! The reward will be an amazing adventure, photos and a feeling of pleasant fatigue. Near the waterfall - rest, snack. In the evening in the base camp - banya, dinner;

Day 3: Breakfast. On off-road cars we climb up along the Chulyshman River to the Katu-Yaryk Pass. The height of the pass is about 700 meters, the dirt road rises along the slope, making dozens of bends one by one, sometimes the elevation angle seems prohibitive, but the machines stubbornly rise higher and higher. At the top of the pass is a viewing platform, from where you can see a beautiful view of the road and the valley of the river. Moving to the Pazyryk tract, a place that is famous for ancient burial mounds, it was here that the phenomenon of \\\"frozen tombs\\\" was first discovered, which then became more widely known in connection with the discovery on the Ukok plateau. The second half of the day is the crossing along the famous Chui highway to the launch site of the water part of the expedition. A team of guides is already waiting for the participants - a camp was laid out on the bank of the Katun. Rafts and catamarans are ready for rafting. Dinner, in the evening lecture \\\"The basics of water tourism. Technique and tactics ». Overnight in tents;

Day 4: Breakfast. A full adventure rafting day begins. The first day of rafting along Middle Katun is designed so that most of the route passes along a relatively calm river with rare rapids, small shivers and medium shafts. Participants try to work in a team and get acquainted with the basics of white water rafting. Overnight in tents in the picturesque place called Saljar;

Day 5: The second day of rafting. In the morning we pass the threshold "Ilgumen". After 30 minutes the participants pass the \\\"Kadrinsky breakthrough\\\" - the famous threshold, consisting of a series of large shafts, barrels and a huge funnel. Overnight in tents in the picturesque place called "Giant Pines;

Day 6: The third day of rafting. Today we’ll pass one of the difficult threshold "Shabash". After this - a traditional dinner on the river bank, meaning that the most difficult is behind. Overnight in tents on the Katun river bank;

Day 7: The final day of the rafting. Today we’ll pass the Ayulinsky threshold. Stop on the Beltertoyk waterfall on a large sandy beach. Lunch on the beach. In the afternoon we’ll take a short transfer to Gorno-Altaisk surroundings, accommodation in a cozy camping which is located five kilometres from the airport. Dinner, banya;

EXPEDITION VIDEO 2016
Altai big water - Katun river 2016
INCLUDE IN THE PRICE
The organizer provides:
Additional expenses
Equipment for personal use (you should take it with you):
Warning!

All the equipment you are interested in can
be purchased from us with 15% discount or rent.

The expedition is managed by travelers who have extensive experience. We recommend the thick-borne encephalitis vaccine and the doctor's consultation.

The tour route and schedules of movement can change in view of unpredictability of weather conditions and inaccessibility of the district. The head of the expedition daily determines the route according to the situation and weather conditions.